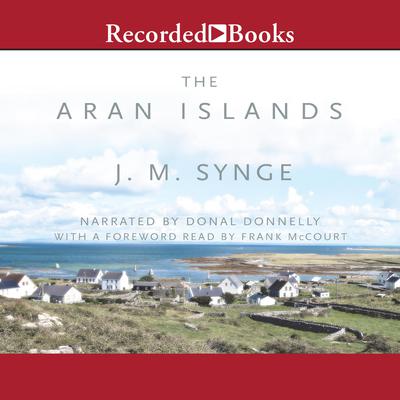 J.M. Synge, one of the greatest English language playwrites of the 20th century, immortalized the Aran Islands and its people with vivid written portraits that are among the greatest in modern literature. Synge's vibrant language and earthy themes breathtakingly capture the folklore and way of life that has since perished on these remote northen islands. As an aspiring writer in 1897, Synge was commanded by William Butler Yeats to, "Go to the Aran Islands. Live there as one of the people themselves; express a life that has never found expression." Synge captures his first four visits to the islands in this magical book. However, their influence continued to permeate his work, including The Playboy of the Western World. Filled with the exuberant energy of an artist coming into his own, The Aran Islands provides an unforgettable look at a land that holds Ireland's ancestral language, culture and uncorrupted heart. Synge's lyrical glimpses into the past, coupled with Donal Donnelly's rich, lilting voice transports listeners to these tiny Emerald Islands.

John Millington Synge (1871—1909) was a poetic dramatist of great power and a leading figure in the Irish literary renaissance. After studying at Trinity College and at the Royal Irish Academy of Music in Dublin, he pursued further studies from 1893 to 1897 in Germany, Italy, and France. His travels along the Irish west coast inspired his most famous play, The Playboy of the Western World.