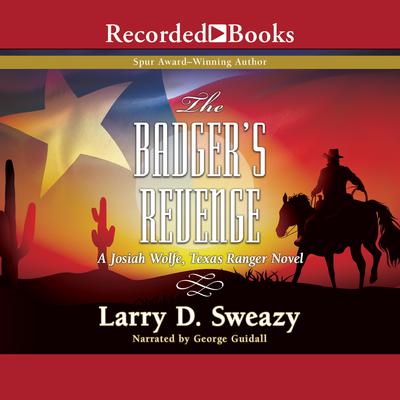 A Josiah Wolfe, Texas Ranger Novel Assigned to track an Indian raiding party, Texas Ranger Josiah Wolfe expects to return home to his son in Austin in a few days. But when the Ranger and his compatriots from the Frontier Battalion are overtaken by two Comanche scouts, they find themselves captives instead of captors. Comanches arent known for going easy on their prisoners, so Josiah is surprised when they dont immediately shoot him. Turns out theres a price on his head thanks to Liam OReilly, a gang leader also known as the Badger. Josiah has a checkered history with the outlawhe apprehended the gangs previous leaderbut he doesnt know why OReilly wants him dead. As the Comanches drag him to the town where the Badger is waiting, Josiah knows that time is running out. But Texas Rangers are hard men to kill, and Josiah Wolfe is no exception