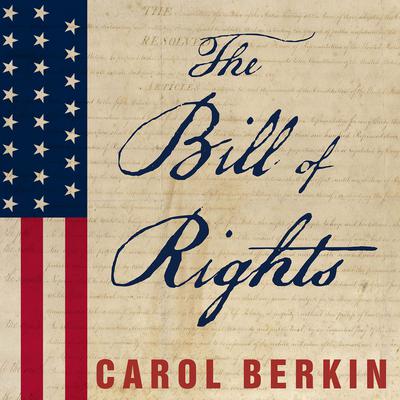 The Bill of Rights: The Fight to Secure America's Liberties

Revered today for articulating America's founding principles, the first ten amendments—the Bill of Rights—were in fact a political stratagem executed by James Madison to preserve the Constitution, the federal government, and the latter's authority over the states. In 1789, the young nation faced a great ideological divide around a question still unanswered today: Should broad power and authority reside in the federal government, or should it reside in state governments? The Bill of Rights was a political ploy first and matter of principle second. How and why Madison came to devise this plan, the divisive debates it fostered in the Congress, and its ultimate success in defeating antifederalist counterplans to severely restrict the powers of the federal government is more engrossing than any of the myths that shroud our national beginnings. The debate over the founding fathers' original intent continues to this day. By pulling back the curtain on the political, shortsighted, and self-interested intentions of the founding fathers in passing the Bill of Rights, Carol Berkin reveals the inherent weakness in these arguments and what it means for our country today.

A highly readable American history lesson that provides a deeper understanding of the Bill of Rights, the fears that generated it and the miracle of the amendments. —Kirkus

Carol Berkin received her bachelor’s degree from Barnard College and her doctorate degree from Columbia University. She taught at Baruch College from 1972 to 2008 and has taught at the Graduate Center of the City University of New York since 1983. Her books include Civil War Wives, Revolutionary Mothers: Women in the Struggle for America’s Independence, A Brilliant Solution: Inventing the American Constitution, Jonathan Sewall: Odyssey of an American Loyalist, and First Generations: Women in Colonial America. She divides her time between New York City and Guilford, Connecticut.