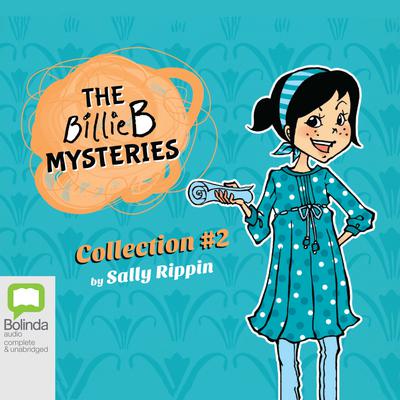 The Billie B Mysteries Collection #2

The fabulous Billie B Brown and her pals in the Secret Mystery Club solve three more neighbourhood whodunits in their own special way!

Strawberry Thief: Someone has stolen all of the ripe strawberries from Mika's garden! The Secret Mystery Club is determined to work out who it was. Could it have been the gardener? Or was it the neighbours who just made a batch of strawberry jam? Whoever it was, they won't get far – not with the SMC on the case.

Stolen Stash: Billie and the Secret Mystery Club are investigating their most serious mystery yet. Someone has taken something from the principal's office at school! Who would have done such a terrible thing?

And when one of Billie's friends becomes a suspect, will Billie even know who to trust anymore?

Treasure Hunt: Billie and the Secret Mystery Club have been given a very important mystery to solve for the principal at school. A long time ago, a time capsule was hidden in the school somewhere, and it’s up to the SMC to find it!

Sally Rippin was born in Darwin, but grew up mainly in South-East Asia. As a young adult she spent three years in China studying traditional brush and ink painting in Shanghai and Hangzhou. Now Sally lives in Melbourne, where she writes and illustrates for children of all ages. She has had over forty children’s books published; many of them award winning, including two novels for Young Adults. Her most recent books include the popular Billie B Brown and Hey Jack! series. Sally is a regular fixture at Writing Festivals and Workshops across Australia and overseas. She also teaches Writing for Children at RMIT University, is a mentor for the Australian Society of Authors and is one of the Victorian Premier’s Reading Challenge Ambassadors.