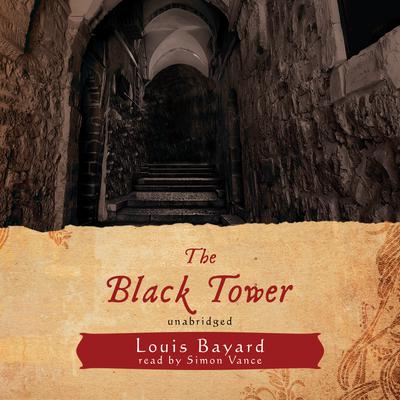 A 2008 Christian Science Monitor Book of the Year for Fiction

From the acclaimed author of The Pale Blue Eye, this literary thriller features Eug├¿ne Vidocq, a criminal who transformed himself into the world's first and greatest detective.

After the execution of Marie Antoinette and King Louis XVI and the death of their son, the Dauphin, the Bourbon monarchy has at last been restored. Dr. Hector Carpentier leads a very quiet life, until he meets legendary police officer Vidocq, who has used his mastery of disguise and surveillance and his extensive knowledge of the Parisian underworld to capture some of the most notorious and elusive criminals. Now with the help of Carpentier, Vidocq may prove that the Dauphin lives, which could change the course of history.

“Another tour de force, an intense and gripping novel…This beautifully crafted thriller stands head and shoulders above other recent efforts to fictionalize Poe.” —Publishers Weekly on The Pale Blue Eye (starred review)
“A compelling and sympathetic narrator instantly draws the reader into Bayard’s stellar third historical…Bayard keeps the reader guessing until the end…Few writers today can match the author’s skill in devising an intelligent thriller with heart.” —Publishers Weekly (starred review)
“Occasionally, a brilliant audio can improve upon the print original. Simon Vance’s skillful enactment of a cast the size of Balzac’s The Human Comedy is a joy…Most amazing is Vance’s portrayal of Vidocq, a criminal turned police inspector. A master of masquerade, Vidocq takes on many disguises, complemented here by unique voices. When uncloaked, Vance returns Vidocq to his natural speech…The pace is perfect, as Vance skillfully swirls the reader through a complex Restoration plot that is sure to please.” —Publishers Weekly (starred review for audio)
“Bayard has been making a name for himself as a gifted writer of historical mysteries. This superb novel just might prompt more widespread acclaim…In addition to many fine, quirky character portraits and the visceral depiction of a chaotic France still reeling under the regime change, Bayard offers a rip-roaring plot full of smart and funny turns.” —Booklist (starred review)
“Bayard’s ably written historical whodunit fills in the blanks of a timeless mystery…A brilliant example of the genre…Simon Vance intuitively understands the fun of this enterprise and attacks the narration with a headlong relish, voicing a cavalcade of characters from all strata of nineteenth-century Paris—from duchesses and marquis to thieves and prostitutes. Best of all is his portrayal of the fearsome Eugene Vidocq.” —AudioFile

Louis Bayard is a critically acclaimed novelist, reviewer, and journalist who has written for the New York Times, Washington Post, Salon.com, Ms., Nerve.com, and the Washington, D.C., City Paper. He is the author of The Pale Blue Eye and of Mr. Timothy, a New York Times Notable Book and one of People magazine’s ten best books of 2003. He lives in Washington, D.C., with his partner and two sons.