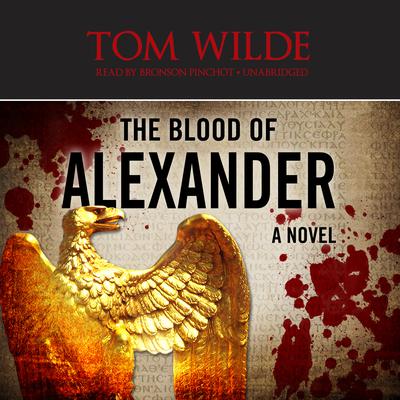 The Blood of Alexander

A modern Indiana Jones steals a relic of Alexander the Great in this thrilling debut novel.

Jonathan Blake makes a living stealing antiquities—stealing them back, that is. A field agent for the Argo Foundation, a company that makes it their business to preserve humanity's history by liberating stolen artifacts from thieves and looters, Blake is used to dangerous assignments. But when he is forced by the US government into a deadly mission involving a missing Napoleonic standard, he finds himself in over his head.

Blake is pitted against Vanya, the head of a fanatical cult, who seeks a gilded bronze eagle that holds a vital clue to the lost tomb of Alexander the Great.

From ancient ruins in Afghanistan to the catacombs of Paris to a chateau high in the French Alps, Blake must unravel the secret truth of the final fate of Napoleon Bonaparte, the murder of Percy Bysshe Shelley, and the hidden remains of Alexander. And he must do it before Vanya's apocalyptic plans for humanity come to their deadly fruition.

Tom Wilde has worked as a government criminal investigator on cases ranging from homicide to child abduction that have taken him across the United States as well as to Germany, Romania, and Mexico. Wilde is also qualified as an instructor in police firearms and weaponless defense training. He makes his home in Folsom, California.