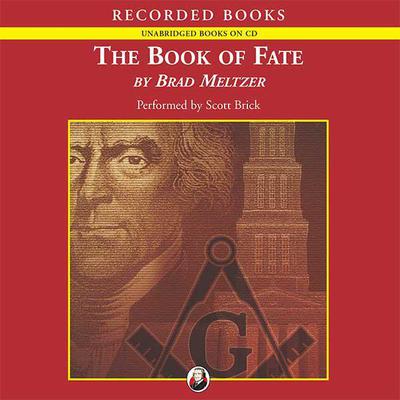 The Book of Fate

Six minutes from now, one of us would be dead. None of us knew it was coming. So says Wes Holloway, a once-cocky and ambitious presidential aide, about the day that changed his life forever. On that day, Wes put the president's oldest friend, Ron Boyle, into the presidential limousine. By the time the trip came to an end, Wes was permanently disfigured, and Boyle was dead, the victim of a crazed assassin. Eight years later, Boyle is spotted, alive and well, in Asia. In that moment, Wes has the chance to undo the worst day of his life. Trying to figure out what really happened takes Wes back to a decade-old presidential crossword puzzle, disturbing secrets buried in Masonic history, and a 200-year-old secret code invented by Thomas Jefferson. But what Wes doesn't realize is that the Book of Fate holds everyone's secrets. Especially the ones worth dying for. The Book of Fate. What does it say about you?