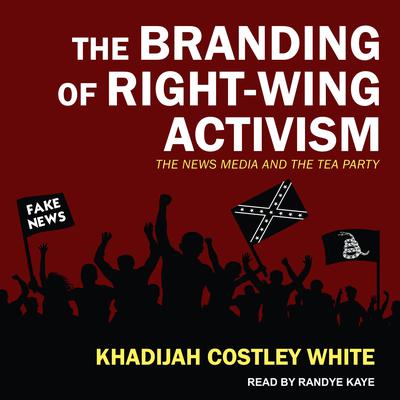 The Branding of Right-Wing Activism: The News Media and the Tea Party

From the start of Barack Obama's presidency in 2009, conservative populist groups began fomenting political fractiousness, dissent, and surprising electoral success. The Tea Party was one of the major characters driving this story. But, as Khadijah Costley White argues in this book, the Tea Party's ascent to major political phenomenon can be attributed to the way in which partisan and non-partisan news outlets "branded" the Party as a pot-stirrer in political conflicts over race, class, and gender. In other words, the news media played a major role in developing, cultivating, and promoting populism's brand, particularly within the news spaces of commentary and opinion. Through the language of political marketing, branding, and promotion, the news media not only reported on the Tea Party, but also acted as its political strategist and brand consultant. Moreover, the conservative press acted more as a political party than a news medium, deliberately promoting the Tea Party. In a media environment in which everyone has the opportunity to tune out, tune in, and speak back, The Branding of Right-Wing Activism ultimately shows that distinctions between citizens, journalists, activists, politicians, celebrities, and consumers are more symbolic than concrete.

“Essential…Helps us remember and decode what we have to go through in the next media era.” —Karine Jean-Pierre, Deputy Battleground States Director, 2012 Obama campaign

Khadijah Costley White is Assistant Professor of Journalism and Media Studies at Rutgers University. She has written for the Atlantic, the New York Times, the Root, Huffington Post, BBC, the Philadelphia Inquirer, the Los Angeles Times, Quartz, Gizmodo, and Buzzfeed.