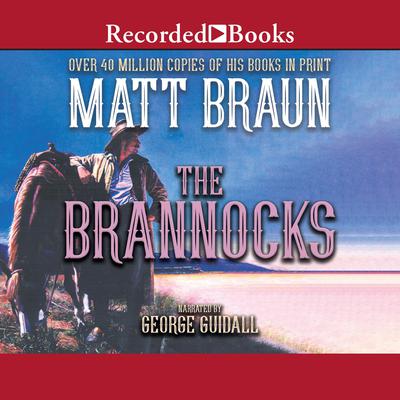 The Brannocks Matt Braun Earl Brannock was a gambling man who fled the fires of the Civil War and found a boomtown called Denverin a land being built on dreams, luck, and gold. Virgil Brannock joined him next, fresh from Lee's surrender at Appomattox, determined to rise to the top of the frontier's rough and treacherous business world. Finally, Clint came riding a trail of revenge: a fiery young Brannock who dared to wear a badge...The three brothers were reunited once again. And on a frontier brimming with opportunity and exploding with danger, vicious enemies would test their courageand three beautiful women would claim their love...