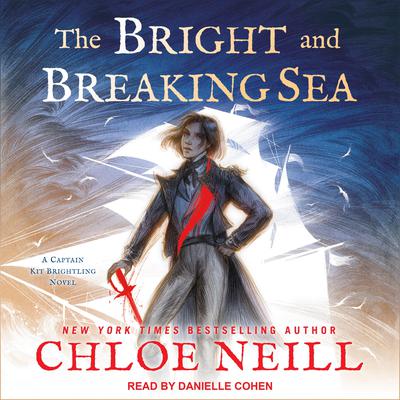 The Bright and Breaking Sea

Chloe Neill brings her trademark wit and wild sense of adventure to a stunning seafaring fantasy starring a dauntless heroine in a world of magic and treachery.

Kit Brightling, rescued as a foundling and raised in a home for talented girls, has worked hard to rise through the ranks of the Isles' Crown Command and become one of the few female captains in Queen Charlotte's fleet. Her ship is small, but she's fast—in part because of Kit's magical affinity to the sea. But the waters become perilous when the queen sends Kit on a special mission with a partner she never asked for.

Rian Grant, Viscount Queenscliffe, may be a veteran of the Continental war, but Kit doesn't know him or his motives—and she's dealt with one too many members of the Beau Monde. But Kit has her orders, and the queen has commanded they journey to a dangerous pirate quay and rescue a spy who's been gathering intelligence on the exiled emperor of Gallia.

Kit can lead her ship and clever crew on her own, but with the fate of queen and country at stake, Kit and Rian must learn to trust each other, or else the Isles will fall . . .

British reader Cohen has a crisp, bright tone, particularly when she reads Kit's lines. Rian is cold and formal at first, but warms up as the two begin to share adventures. —Booklist

Chloe Neill was born and raised in the South, but she now makes her home in the Midwest—just close enough to Cadogan House and St. Sophia’s to keep an eye on things. When not transcribing Merit and Lily’s adventures, she bakes, works, and scours the Internet for good recipes and great graphic design. Chloe also maintains her sanity by spending time with her boys—her favorite landscape photographer/husband and their dogs, Baxter and Scout.