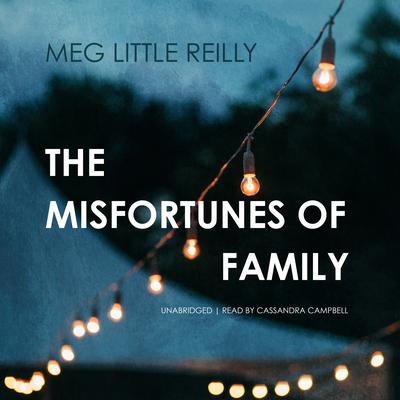 The Misfortunes of Family

The Nest meets The Vacationers in this novel of family dysfunction in which, for the Brights, normal has become whatever their crazy family says it is.

When the four adult sons of recently retired senator John Bright, and their significant others, join their parents at the family’s Berkshire compound for their mandatory summer vacation, the matriarch Patty decides to hire a documentary filmmaker to memorialize their time together. The Brights, a family of outsized pride, are beautiful, competitive, athletic, and terrible … They have everything they need, except the ability to see themselves clearly. Naturally, they let their guard down.

Caught up in the news of the day, the senator misses being in the limelight and so he floats, at least on camera, another political run, this time for governor. That is, until one by one family secrets start coming to light. And keep coming …

“Meg Little Reilly is a masterful storyteller, moving seamlessly with honesty, humor, and cringing familiarity. I was enchanted.” —Lisa Carey, author of The Stolen Child

Meg Little Reilly is a former Treasury spokesperson under President Obama, deputy communications director for the Office of Management and Budget, communicator for the Environmental Defense Fund, and producer for Vermont Public Radio. A native of Vermont, she is an UVM graduate with deep ties around the state. She currently lives in Boston with her husband and two daughters.