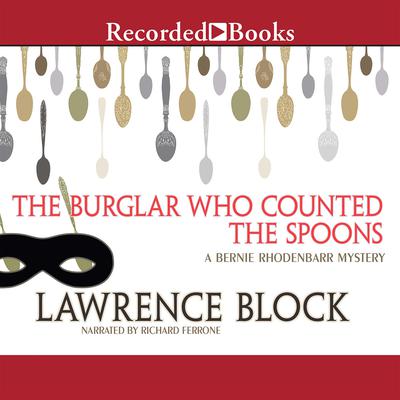 The Burglar Who Counted the Spoons

Ever since The Burglar on the Prowl climbed the bestseller lists in 2004, fans have been clamoring for a new book featuring the lighthearted and lightfingered Bernie Rhodenbarr. Now everybody's favorite burglar returns in an eleventh adventure that finds him and his lesbian sidekick Carolyn Kaiser breaking into houses, apartments, and even a museum, in a madcap adventure replete with American Colonial silver, an F. Scott Fitzgerald manuscript, a priceless portrait, and a remarkable array of buttons. And, wouldn't you know it, there's a dead body, all stretched out on a Trent Barling carpet ...