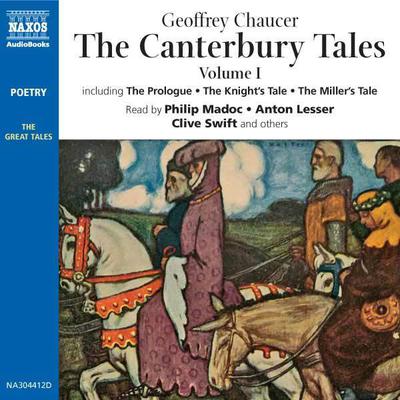 The Canterbury Tales I

Geoffrey Chaucer’s greatest work paints a brilliant picture of medieval life, society, and values. The stories range from the romantic, courtly idealism of “The Knight’s Tale” to the joyous bawdiness of “The Miller’s Tale.” All are told with a freshness and vigour in this modern verse translation that make them a delight to hear.

“Chaucer’s blend of humour, realism, philosophical depth, poetic virtuosity, and masterful control of dialogue and character was never matched…As a storyteller, he is supreme.” —Cambridge Guide to Literature in English
“Chaucer’s genius is such that the tales reveal the personalities of their tellers…the pilgrims grow as distinct personalities as they converse and argue between stories.” —Frank N. Magill, editor, Masterpieces of World Literature

Geoffrey Chaucer (c. 1343–1400), English poet, was the son of a London vintner. He was married and held a number of positions at court and in the king’s service, including diplomat, controller of customs in the port of London, and deputy forester in the King’s Forest in Somerset. He was buried in the Poets’ Corner of Westminster Abbey where a monument was erected to him in 1555.