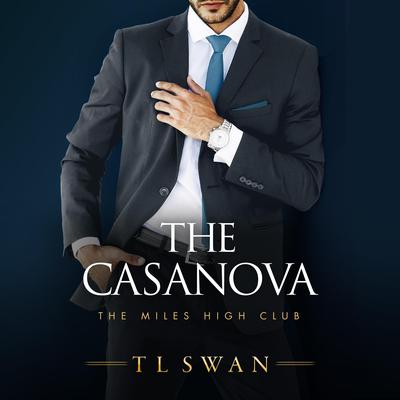 In T L Swan’s steamy third installment of the Miles High Club, Kate’s hot new pen pal is a welcome distraction from her horrible boss. But nobody is as distracting as Elliot Miles…and he knows it.

My favorite hobby is infuriating Elliot Miles. Just the sight of my boss’s handsome face triggers my sarcasm. God knows how he earns his Casanova reputation—if a million women want him with his personality, what the heck am I doing wrong?

Disgusted with my love life, I join a dating app under a fake name. I start chatting to a man named Edgar. He’s not my type and lives on the other side of the world, but we hit off a friendship, laugh and confide in each other.

But lately things are getting weird at work. Elliot’s being…attentive. His eyes linger a little longer than they should, and there’s a heat behind them that I haven’t felt before. And then, in the shock of all shocks, he tells me that my vulnerability is appealing. But when was I vulnerable?

Horror dawns…Has my boss been reading my emails to Edgar?

Damn it, why did I use my work email?

Oh no, does he know what I really think of him? I’d rather die than ever admit it.

Or, even worse: is it possible that the man I loathe in real life is the man I’m falling for online?

“Another brilliantly put together masterpiece by the artist of words T.L. Swan. I totally devoured this book, I could not put it down!” —She’s A Lip Biter Blog on Mr. Masters

A psychologist in her former life, T. L. Swan is now seriously addicted to the thrill of writing and can’t imagine a time when she wasn’t. She resides in Sydney, Australia, where she’s living out her own happily ever after with her husband and their three children.