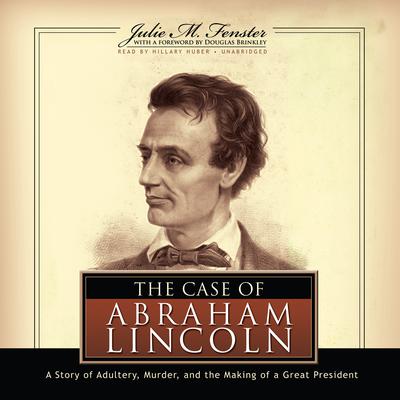 The Case of Abraham Lincoln: A Story of Adultery, Murder, and the Making of a Great President

In 1856, Abraham Lincoln was at a difficult point, personally. Depressed, edgy, and often despondent, he had grown bored with his work as a lawyer. He saw himself as a former congressman with little future in politics. Then in May of 1856, he became drawn to the case of the gruesome murder of a blacksmith named George Anderson. Lincoln was asked to take part in the case, and he did so with zeal. The Anderson case reflected a dark world hidden within the optimism and innocence of the young Illinois city of Springfield. With the Anderson murder, Lincoln’s legal skills were challenged as never before, and it became the case that defined his legal career.

“[A] meticulous and intimate look at the legendary Lincoln.” —Publishers Weekly
“Fenster’s rhythms have Twain-like timing…Grandiloquent statements, dark adumbrations of the president-to-be, or the tragedies with which his name is now inescapably entwined are not necessary. Fenster knows that.” —Library Journal (starred review, editor’s pick)
“Narrator Hillary Huber pays attention to facts and detail as she’s reading but still injects some conversational personality into the narration. Fenster’s portrait of a principled ‘master lawyer’ who put those principles into action as a foe of slavery is a fascinating new look at one of our country’s most important figures.” —AudioFile
“Fenster illustrates Lincoln’s emergence as a cagey politician and eloquent antislavery voice with an enhanced national reputation. This is a worthy addition to our ever-expanding knowledge concerting America’s secular saint.” —Booklist
“An unexpected, odd-angle approach to Lincoln that proves marvelously insightful.” —Kirkus Reviews (starred review)
“The microview Fenster offers of both Lincoln's life and the daily experience in mid-19th century Springfield is fascinating...Fenster does an excellent job of allowing us to watch [Lincoln] grow, almost as if by time-lapse photography...a gem indeed.” —Christian Science Monitor

Julie M. Fenster is a New York Times bestselling author, journalist, and historian. Her books include Packard, The Pride and Ether Day, The Strange Tale of America’s Greatest Medical Discovery, and the Haunted Men Who Made It, among others. She has written for American Heritage, the New York Times, and the Los Angeles Times.