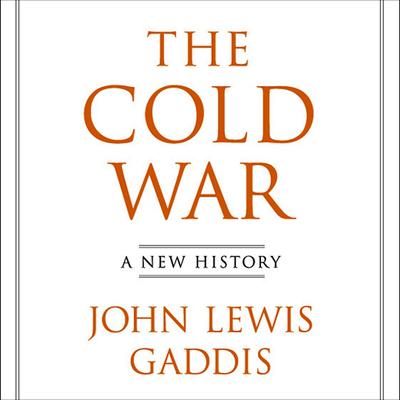 The Cold War: A New History

The "dean of Cold War historians" (New York Times) now presents the definitive account of the global confrontation that dominated the last half of the twentieth century.

It began during the Second World War, when American and Soviet troops converged from east and west. Their meeting point—a small German city—became part of a front line that solidified shortly thereafter into an Iron Curtain. It ended in a climactic square-off between Ronald Reagan's America and Gorbachev's Soviet Union. In between were decades of global confrontation, uncertainty, and fear.

Drawing on new and often startling information from newly opened Soviet, Eastern European, and Chinese archives, this thrilling account explores the strategic dynamics that drove the Cold War, provides illuminating portraits of its major personalities, and offers much fresh insight into its most crucial events. Riveting, revelatory, and wise, it tells a story whose lessons it is vitally necessary to understand as America once more faces an implacable ideological enemy.

John Lewis Gaddis is the Robert A. Lovett Professor of History at Yale University. His previous books include The United States and the Origins of the Cold War; Strategies of Containment; The Long Peace; We Now Know; The Landscape of History; Surprise, Security, and the American Experience; and The Cold War: A New History. He teaches courses on Cold War history, grand strategy, international studies, and biography and has won two Yale undergraduate teaching awards. He was also a 2005 recipient of the National Humanities Medal.