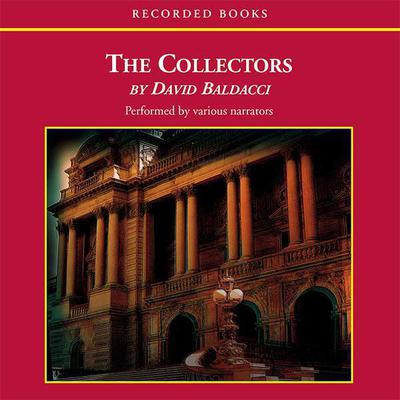 In The Collectors, #1 New York Times best-selling author David Baldacci once again demonstrates why he is one of the world's favorite writers. Helped by a beautiful grifter, the "Camel Club"-the four-man band of conspiracy theorists-returns to battle a threat to national security. Annabelle Conroy is con-artist extraordinaire; Jerry Bagger, mobster and mark; and Roger Seagraves, master assassin. All come straight from central casting. Seagraves is killing high-level government officials, and Conroy is putting together the con of the century, with Bagger as the target. The mysterious death of a rare-books expert at the Library of Congress launches the story, which splits off at first into two different plotlines. In one, Conroy and her team work their way up to their major score. In the other, the Camel Club investigates the mysterious death of a close friend. Things are slightly more exciting in Conroy's world. She's assembling her team, eager to settle an old score by taking down Atlantic City's most notorious and ruthless casino owner. After a series of capers out west to build their bankroll, the team heads back east.