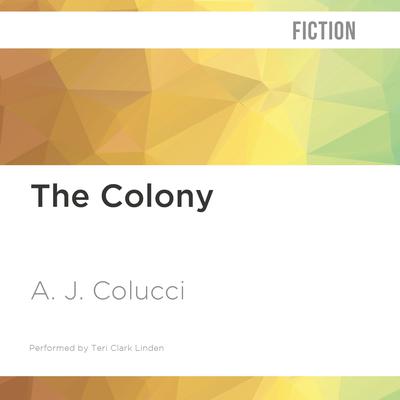 By A. J. Colucci
Read by Teri Clark Linden

A series of gruesome attacks have been sweeping New York City. A teacher in Harlem and two sanitation workers on Wall Street are found dead, their swollen bodies nearly dissolved from the inside out. The predator is a deadly supercolony of ants—an army of one trillion soldiers with razor-sharp claws that pierce skin like paper and stinging venom that liquefies its prey.

The desperate mayor turns to the greatest ant expert in the world, Paul O'Keefe, a Pulitzer Prize-winning scientist in an Armani suit. But Paul is baffled by the ants. They are twice the size of any normal ant and have no recognizable DNA. They're vicious in the field yet docile in the hand. Paul calls on the one person he knows can help destroy the colony, his ex-wife Kendra Hart, a spirited entomologist studying fire ants in the New Mexico desert. Kendra is taken to a secret underground bunker in New York City, where she finds herself working side by side with her brilliant but arrogant ex-husband and a high-ranking military officer hell-bent on stopping the insects with a nuclear bomb.

When the ants launch an all-out attack, Paul and Kendra hit the dangerous, panic-stricken streets of New York, searching for a coveted queen. It's a race to unlock the secrets of an indestructible new species, before the president nukes Manhattan.

A.J. Colucci's debut novel is a terrifying mix of classic Michael Crichton and Stephen King. A thriller with the highest stakes and the most fascinating science, The Colony does for ants what Jaws did for sharks.