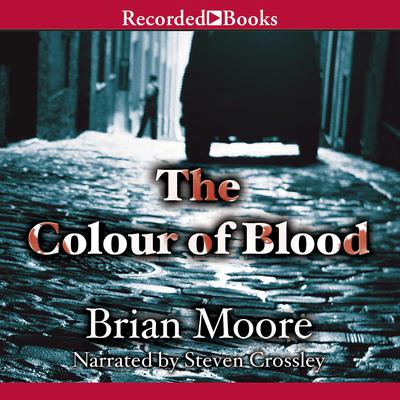 The Colour of Blood

Brian Moore, born and raised in Belfast, served with the British Ministry of War Transport in North Africa, Italy, and France during World War II and worked with the United Nations in Europe. In 1948, he moved to Canada, where he began writing plays and novels that quickly earned world-wide acclaim. Both The Colour of Blood and Lies of Silence have been shortlisted for the Booker Prize. One morning, in a bleak Eastern bloc country, someone tries to kill Cardinal Bem. Is it the Secret Police, or a radical operating from within the Catholic Church? That night, Cardinal Bem is kidnapped. Unable to determine whom his captors are working for, the aging Cardinal desperately searches for a way to avert the bloody revolution his disappearance will trigger. Dropping the listener into a world permeated with suspense, suspicion and fear, Brian Moore creates an unforgettable story. As the tension builds, Cardinal Bem becomes an icon for the conflict between personal safety and religious conviction.