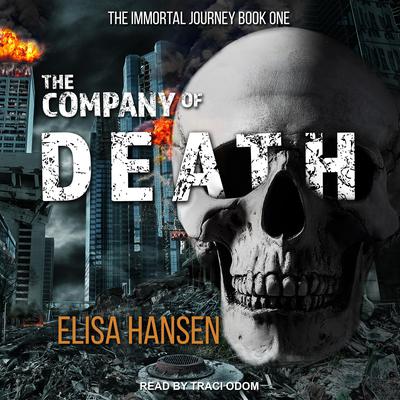 The Company of Death

The zombie apocalypse was just the beginning of vampire hunter Emily's problems. Now she must team up with Death himself in this thrilling apocalyptic adventure series!

It's been two years since the zombie uprising devoured 99% of the world's population—and the vampires have come out of the shadows to claim the spoils. It's Emily Campbell's job to destroy vampire communes and rescue their human herds, but when a mission goes wrong, and she faces certain undeath, she would rather die than ever let them transform her. The problem is that when she makes a desperate suicide attempt, not only does the Grim Reaper fail to take her life—he also somehow loses all his powers in the process.

Now neither alive nor dead, Emily is stranded in the California desert with Death himself. She has heard the remnants of human civilization are developing a cure that could make her alive again in New York—all the way on the other side of the vampire- and zombie-swarmed continent. Only with Death's help does she have a chance to complete the journey. But without his powers, Death is mired in a crisis of his own. And he is not used to having company.