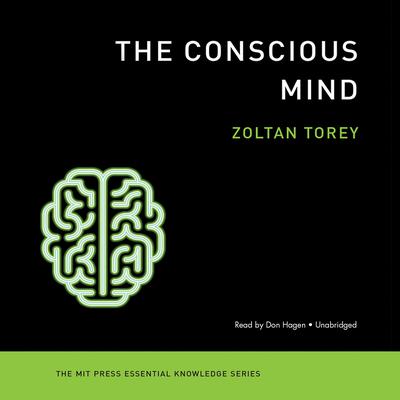 How did the human mind emerge from the collection of neurons that makes up the brain? How did the brain acquire self-awareness, functional autonomy, language, and the ability to think, to understand itself and the world? In this volume in the Essential Knowledge series, Zoltan Torey offers an accessible and concise description of the evolutionary breakthrough that created the human mind. Drawing on insights from evolutionary biology, neuroscience, and linguistics, Torey reconstructs the sequence of events by which Homo erectus became Homo sapiens. He describes the augmented functioning that underpins the emergent mind -- a new ("off-line") internal response system with which the brain accesses itself and then forms a selection mechanism for mentally generated behavior options. This functional breakthrough, Torey argues, explains how the animal brain's "awareness" became self-accessible and reflective -- that is, how the human brain acquired a conscious mind. Consciousness, unlike animal awareness, is not a unitary phenomenon but a composite process. Torey's account shows how protolanguage evolved into language, how a brain subsystem for the emergent mind was built, and why these developments are opaque to introspection. We experience the brain's functional autonomy, he argues, as free will. Torey proposes that once life began, consciousness had to emerge -- because consciousness is the informational source of the brain's behavioral response. Consciousness, he argues, is not a newly acquired "quality," "cosmic principle," "circuitry arrangement," or "epiphenomenon," as others have argued, but an indispensable working component of the living system's manner of functioning.

Zoltan Torey (1928–2014) was a clinical psychologist and philosopher of mind. Largely self-taught as a philosopher, Torey lived a life for which the word “eventful” barely seems appropriate. His family spent six weeks hiding in a coal cellar at the end of World War II. In the years following the war, when Hungary was part of the Soviet empire, he saw his father arrested as a “liberal subversive,” prompting him to make a daring escape past Soviet snipers in 1948. He emigrated to Melbourne soon after. While working at a battery plant in 1951 his face was sprayed with acid, blinding him for the rest of his life. In 1999 Torey published his major work The Crucible of Consciousness.