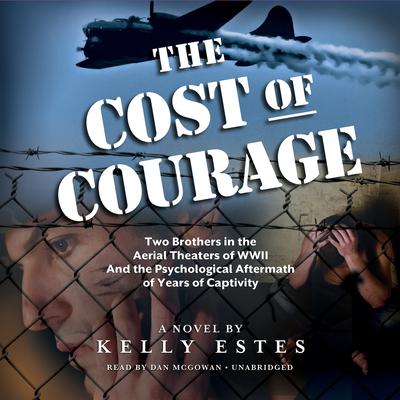 The Cost of Courage: Two Brothers in the Aerial Theaters of WWII and the Psychological Aftermath of Years of Captivity

Kelly Estes Made for Success

The Cost of Courage is a work of military fiction based on the true story of two brothers who served in separate campaigns of World War II. After being shot down over Berlin, one brother is forced to endure both mental and physical torture as a POW at Stalag Luft III. A defiant soul, he earns the respect of his comrades by making life difficult for his captors. However, things change after an ill-fated trip to solitary, where he learns from another airman that his brother has died in the Doolittle Raid over Tokyo. Devastated, the man struggles with the will to survive while reminiscing about his brother.

Kelly Estes has a Black Belt in Tae Kwon Do and a rather unique passion for World War II. At nineteen she became the youngest Santa Clara County Human Relations Commissioner, and at twenty-one she became the youngest-ever chair of the Justice Review Committee for that Commission. In 2008 she began writing The Cost of Courage. Her passion for helping service veterans compelled her to create and lead the Veterans Proactive Assistance Task Force in her community, where families and community organizations can come together to discuss and remedy issues facing returning veterans and prevent PTSD-related crime before it occurs. Kelly was honored for her service in November 2012 with a City Commendation, presented to her by the mayor of San Jose, California.