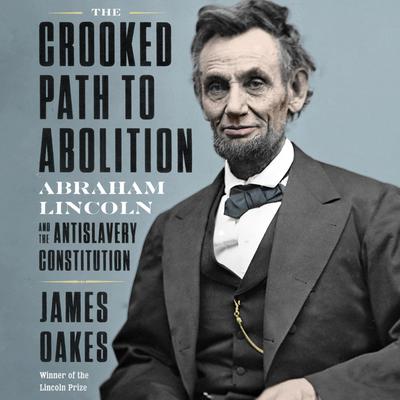 The Crooked Path to Abolition: Abraham Lincoln and the Antislavery Constitution

A Kirkus Reviews Pick of Most Anticipated Books of 2021

Lincoln adopted the antislavery view that the Constitution made freedom the rule in the United States, slavery the exception. Where federal power prevailed, so did freedom. Where state power prevailed, that state determined the status of slavery, and the federal government could not interfere. It would take state action to achieve the final abolition of American slavery. With this understanding, Lincoln and his antislavery allies used every tool available to undermine the institution. Wherever the Constitution empowered direct federal action, they intervened. As a congressman in 1849 Lincoln sponsored a bill to abolish slavery in Washington, DC. He reentered politics in 1854 to oppose what he considered the unconstitutional opening of the territories to slavery by the Kansas–Nebraska Act.

President Lincoln took full advantage of the antislavery options opened by the Civil War. The Emancipation Proclamation, a military order of the president, undermined slavery across the South. It led to abolition by six slave states, which then joined the coalition to affect what Lincoln called the "King’s cure": state ratification of the constitutional amendment that in 1865 finally abolished slavery.

“In this carefully and rigorously argued book, Oakes describes how the antislavery movement used the federal Constitution to buttress its cause, emphasizing every provision and every clause that could be used on behalf of freedom.” —New York Times Book Review
“A diamond of historical scholarship, with deep research and understanding shining brilliantly in every facet.” —Sidney Blumenthal, New York Times bestselling author
“Many books discuss Lincoln and abolition, but this is among the best.“ —Kirkus Reviews (starred review)

James Oakes is one of America’s foremost Civil War historians and a two-time winner of the Lincoln Prize for his works on the politics of abolition. He teaches at the Graduate Center of the City University of New York.