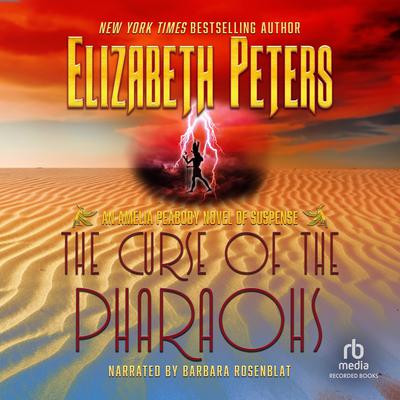 The Curse of the Pharaohs

Victorian gentlewoman Amelia Peabody Emerson and her archaeologist husband are busy raising their young son; yet Amelia dreams only of the dust and detritus of ancient civilizations. Happily, circumstances are about to demand their immediate presence in Egypt. Sir Henry Baskerville had just discovered a tomb in Luxor when he promptly died under bizarre circumstances. The tabloids scream of “the Curse of the Pharaohs!”

Amelia and her husband arrive to find the camp in disarray and the workers terrified. A ghost even appears. It is not at all what Amelia considers an atmosphere conducive to scientific discovery. Thus the indomitable Victorian sets about bringing order to chaos—and herself close to danger. How Amelia triumphs over evil and those who would stand between her and her beloved antiquities makes for a delightfully spirited adventure.

“If Indiana Jones were female, a wife, and a mother who lived in Victorian times, he would be Amelia Peabody Emerson.” —Publishers Weekly
‘Think Miss Marple with early feminist gloss crossed with Indiana Jones.” —The Guardian (London), praise for the series