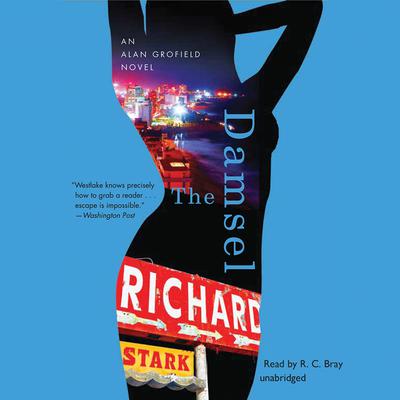 Donald E. Westlake is one of the greats of crime fiction. Under the pseudonym Richard Stark, he wrote twenty-four fast-paced, hard-boiled novels featuring Parker, a shrewd career criminal with a talent for heists. Using the same nom de plume, Westlake also completed a separate series in the Parker universe, starring Alan Grofield, an occasional colleague of Parker. While he shares events and characters with several Parker novels, Grofield is less calculating and more hot-blooded than Parker; think fewer guns, more dames.

Not that there isn't violence and adventure aplenty. The Damsel begins directly after the Parker novel The Handle. Following a wounded Grofield and his damsel on a scenic, action-packed road trip from Mexico City to Acapulco, The Damsel is full of wit, adrenaline, and political intrigue.

“An unconventionally but effectively constructed novel, ranging from the hardest-boiled action-objectivity to character introspection in depth.” —New York Times Book Review
“Ingenious thriller about a shot actor and an escaping girl.” —Times Literary Supplement
“Westlake knows precisely how to grab a reader, draw him or her into the story, and then slowly tighten his grip until escape is impossible.” —Washington Post Book World
“Nobody does the noir thriller better than Richard Stark…His lean style and hard-edged characters, not exactly likable, but always ” —San Diego Union Tribune