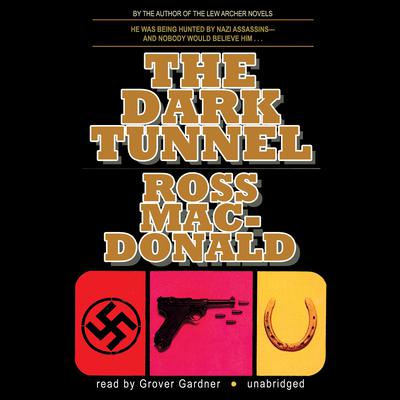 When university professor Robert Branch learns of the death of his best friend, he knows that it couldn't have been suicide. The murder was arranged by a Nazi espionage group operating on campus. He also knows that the Nazis will have him eliminated, too, as soon as it is convenient. He's even narrowed his choice of executioner down to three: a psychotic homosexual, a respected educator—and the woman he loves. The only trouble is, no one will believe him.

“Ross Macdonald gives to the detective story that accent of class that the late Raymond Chandler did.” —Chicago Tribune
“Ross Macdonald’s Dark Tunnel pairs Tom Parker’s involving style with the story of a university professor who decides to investigate an associate’s murder—and uncovers some surprises.”  —Reviewer’s Bookwatch