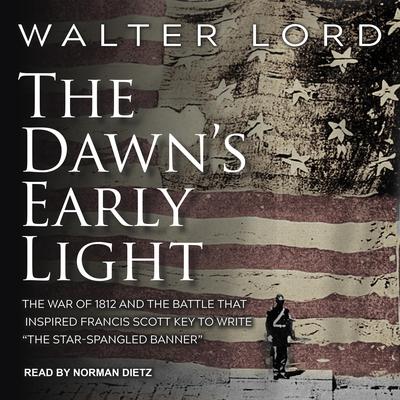 It took more than a revolution to win true independence: The story of the War of 1812, the United State's second war on England, by a New York Times bestselling historian.

At the dawn of the nineteenth century, the great powers of Western Europe treated the United States like a disobedient child. Great Britain blocked American trade, seized its vessels, and impressed its sailors to serve in the Royal Navy. America's complaints were ignored, and the humiliation continued until James Madison, the country's fourth president, declared a second war on Great Britain.

British forces would descend on the young United States, shattering its armies and burning its capital, but America rallied, and survived the conflict with its sovereignty intact. With stunning detail on land and naval battles, the role Native Americans played in the hostilities, and the larger backdrop of the Napoleonic Wars, this is the story of the turning points of this strange conflict, which inspired Francis Scott Key to write "The Star-Spangled Banner" and led to the Era of Good Feelings that all but erased partisan politics in America for almost a decade. It was in 1812 that America found its identity and first assumed its place on the world stage.

[Lord uses] a kind of literary pointillism, the arrangement of contrasting bits of fact and emotion in such a fashion that a vividly real impression of an event is conveyed to the reader. —New York Herald Tribune

Walter Lord (1917–2002), American author of numerous nonfiction books, was a graduate of Princeton University and Yale Law School, served in the OSS during World War II, and became an editor and advertising copywriter. He is the author of Day of Infamy, a #1 New York Times bestseller. He also wrote A Night to Remember, about the sinking of the Titanic, and served as consultant in the making of the movie Titanic.