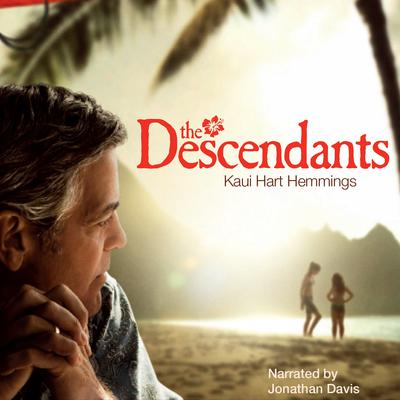 Now a major motion picture starring George Clooney! Matthew King was once considered one of the most fortunate men in Hawaii. His missionary ancestors who came to the islands were financially and culturally progressive—one even married a Hawaiian princess, making Matt a royal descendant and one of the state’s largest landowners. But now his luck has changed. His two daughters are out of control—10-year-old Scottie has a smart-ass attitude and a desperate need for attention and 17-year-old Alex, a former model, is a recovering drug addict. His thrill-seeking and high-maintenance wife, Joanie, lies in a coma after a boat racing accident, and will soon be taken off life support. The King family can hardly picture life without their charismatic mother, but as they come to terms with this tragedy, their sadness is mixed with a sense of freedom that shames them—and spurs them into surprising actions.

“Audaciously comic…Hemmings channels the voice of her befuddled middle-aged hero with virtuosity, as he teeters between acerbic and sentimental, scoffing at himself even as he grasps for redemption.” —New Yorker
“Hemmings is a determinedly unsentimental writer, and she manages her hazardous subject matter—all of it ripe for strenuous melodrama—in a dry, understated way, subverting her characters without reducing them utterly…Her comic sense is finely honed in this refreshingly wry debut novel.” —New York Times Book Review
“Gripping and funny…A brave and intelligent novel.” —Sunday Telegraph (London)
“With beautiful and blunt prose, Hemmings explores the emotional terrain of grief, promising something far more fulfilling than paradise at its end.” —San Francisco Chronicle
“Manages to be shockingly irreverent and funny while exerting that all-important emotional tug…The Kings prove to be a richly complicated as their Mexican housekeeper’s cooking…A well-plotted, unexpectedly twisting saga which…manages to avoid mawkishness and schmaltz.” —Guardian (London)
“Hemmings pulls off a remarkable feat in making the Kings’ sense of loss all the more wrenching for being directed at a woman who was neither a good wife nor a good mother.” —Kirkus Reviews (starred review)
“[A] sharply observed, frequently hilarious, and intermittently heartbreaking look at at well-meaning but confused father trying to hold together his unconventional family.” —Publishers Weekly
“Evincing a sublimely mature style and beguiling command of theme and setting, Hemmings’ virtuoso performance offers a piquantly tender and winsome comic portrait of a singular family’s revealing response to tragedy.” —Booklist

Kaui Hart Hemmings, American novelist, has degrees from Colorado College and Sarah Lawrence, and she was a Stegner Fellow at Stanford University. Her first novel, The Descendants, has been published in twenty-two other countries and is now an Oscar-winning film directed by Alexander Payne and starring George Clooney.