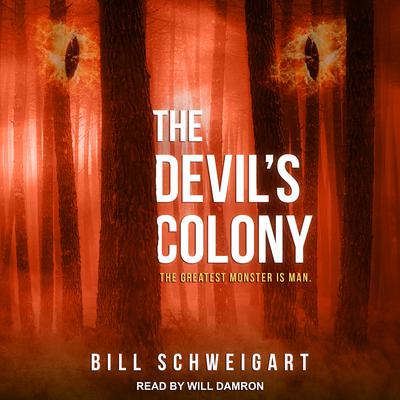 By Bill Schweigart
Read by Will Damron

Ben McKelvie had a good job, a nice house, a beautiful fiancé . . . until a bloodthirsty shape-shifter took everything away. Ever since, he's been chasing supernatural phenomena all across the country, aided by dedicated zoologist Lindsay Clark and wealthy cryptozoologist Richard Severance.

Now they face their deadliest challenge yet. In the New Jersey Pine Barrens, a man named Henry Drexler operates a private compound called Välkommen, which is Swedish for "welcome." Indeed, Drexler welcomes all visitors—so long as they're racists, neo-Nazis, or otherwise in cahoots with the alt-right. But Drexler is no mere Hitler wannabe. Once he was Severance's mentor, and his research may well have summoned a monster to the Pine Barrens.

To find out the truth, Ben and Lindsay must enter the camp incognito. There, under the watchful eyes of Drexler's bodyguards and sociopathic son, they will learn that the most dangerous beasts lurk in the human heart.

Bill Schweigart revived a bit of forgotten lore from the shadow of Washington, D.C., for his chilling thriller The Beast of Barcroft. Bill currently lives in Arlington, Virginia, with his wife and daughter, who, along with their monstrous Newfoundland and mischievous kitten, provide him with all the adventure he can handle.