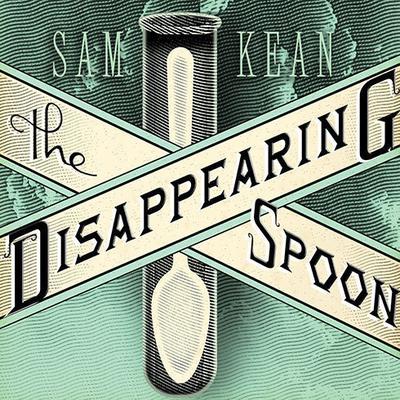 The Disappearing Spoon: And Other True Tales of Madness, Love, and the History of the World from the Periodic Table of the Elements

The periodic table is one of man's crowning scientific achievements. But it's also a treasure trove of stories of passion, adventure, betrayal, and obsession. The infectious tales and astounding details in The Disappearing Spoon follow carbon, neon, silicon, and gold as they play out their parts in human history, finance, mythology, war, the arts, poison, and the lives of the (frequently) mad scientists who discovered them. We learn that Marie Curie used to provoke jealousy in colleagues' wives when she'd invite them into closets to see her glow-in-the-dark experiments. And that Lewis and Clark swallowed mercury capsules across the country and their campsites are still detectable by the poison in the ground. Why did Gandhi hate iodine? Why did the Japanese kill Godzilla with missiles made of cadmium? And why did tellurium lead to the most bizarre gold rush in history? From the Big Bang to the end of time, it's all in The Disappearing Spoon.

“With a constant flow of fun facts bubbling to the surface, Kean writes with wit, flair, and authority in a debut that will delight even general readers.” —Publishers Weekly
Kean succeeds in giving us the cold hard facts, both human and chemical, behind the astounding phenomena without sacrificing any of the wonder---a trait vital to any science writer worth his NaCl. A– —Entertainment Weekly
“Whether explaining why Silicon Valley is not Germanium Valley or reveling in naming-rights battles over a new element, Kean holds interest throughout his entertaining debut.” —Booklist

Sam Kean is the author of several books, including the New York Times bestseller The Disappearing Spoon. He is also a two-time finalist for the PEN/E. O. Wilson Literary Science Writing Award. His work has appeared in The Best American Science and Nature Writing, The New Yorker, The Atlantic, and the New York Times Magazine, among other publications, and he has been featured on NPR’s Radiolab, All Things Considered, Science Friday, and Fresh Air. His podcast, The Disappearing Spoon, debuted at #1 on the iTunes science charts.