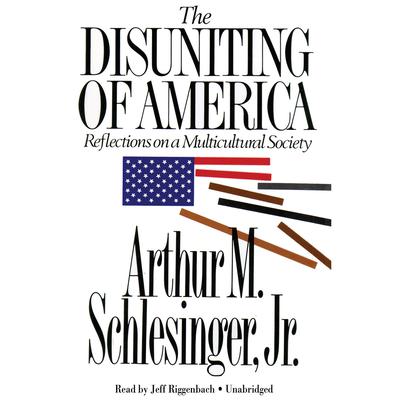 The Disuniting of America: Reflections on a Multicultural Society

The promise of America has always been that of a fresh economic start on equal footing. This is linked to the classic image of the republic as a melting pot, where differences of class, race, and religion are submerged in the pursuit of democracy. But today, the idea of assimilation into the mainstream is giving ground to the cult of ethnicity. While this upsurge in ethnic awareness has had many healthy consequences in a nation shamed by a history of prejudice, if pressed too far, it could fragment American society to a dangerous degree.

In this powerfully argued essay, Pulitzer Prize–winning historian Arthur M. Schlesinger, Jr., examines the lessons of one polyglot country after another tearing itself apart or on the brink of doing so, and points out troubling new evidence that multiculturalism gone awry here in the United States threatens to do the same.

“One of the most devastating and articulate attacks on multiculturalism yet to appear.” —Wall Street Journal
“A brilliant book…We owe Arthur Schlesinger a great debt of gratitude.” —New Republic
“The Disuniting of America remains an essential book.” —Amazon.com, editorial review
“A passionate criticism of multiculturalism by the two-time Pulitzer winner.” —Kirkus Reviews