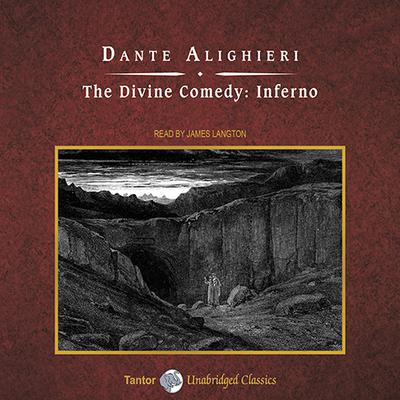 The most famous of the three canticles that compose The Divine Comedy, "Inferno" describes Dante's descent into Hell midway through his life with Virgil as a guide. As he descends through nine concentric circles of increasingly agonizing torture, Dante encounters doomed souls that include the pagan Aeneas, the liar Odysseus, the suicidal Cleopatra, and his own political enemies, damned for their deceit. Led by leering demons, Dante must ultimately journey with Virgil to the deepest level of all—for it is only by encountering Satan himself, in the heart of Hell, that he can truly understand the tragedy of sin. This version of the classic poem is the translation by Henry Wadsworth Longfellow, the poem's first American translator.

Dante Alighieri (1265–1321), one of the greatest poets in the Italian language, was born in Florence and later banished from there for his political activities. His philosophical-political poem La Commedia, later called La Divina Commedia, is considered a masterpiece of world literature.