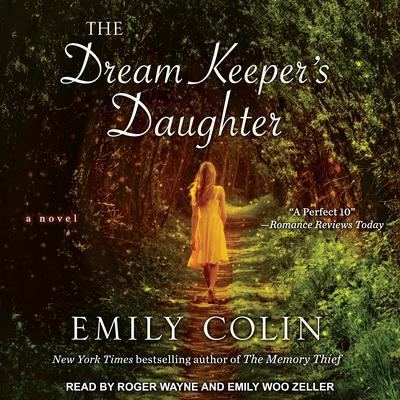 Isabel Griffin has done her best to move on since her boyfriend, Max Adair, vanished without a trace eight years ago, leaving her heartbroken—and pregnant. Eerily enough, this isn't the first time someone Isabel loves has gone missing. When she was sixteen, her mother disappeared, and her father became obsessed with finding his long-lost wife—at the expense of parenting Isabel.

Determined not to repeat her father's mistakes, Isabel works hard to become a respected archaeologist and a loving mother to her daughter, Finn, a little girl with very unusual abilities. But while Isabel is on a dig in Barbados, she receives a disturbing phone call. The hauntingly familiar voice on the other end speaks just four words—"Isabel. Keep her safe."—before they're disconnected.

Isabel tries to convince herself that the caller can't possibly be Max. But what if it is, and Finn is in danger? As one mysterious event after another occurs, she can't shake the feeling that, despite what everyone else believes, Finn's father is alive—and he's desperately trying to reach her.

Lavishly plotted and expertly paced, with characters as richly drawn as their settings, The Dream Keeper's Daughter explores what it means to follow our hearts-even at the risk of losing what we hold most dear. —Erika Marks, author of The Last Treasure