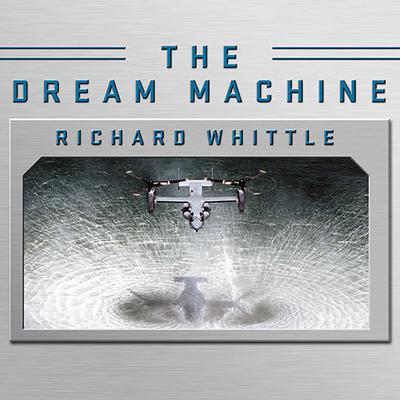 The Dream Machine: The Untold History of the Notorious V-22 Osprey

When the Marines decided to buy a helicopter-airplane hybrid "tiltrotor" called the V-22 Osprey, they saw it as their dream machine. The tiltrotor was the aviation equivalent of finding the Northwest Passage: an aircraft able to take off, land, and hover with the agility of a helicopter yet fly as fast and as far as an airplane. Many predicted it would reshape civilian aviation. The Marines saw it as key to their very survival. By 2000, the Osprey was nine years late and billions of dollars over budget, bedeviled by technological hurdles, business rivalries, and an epic political battle over whether to build it at all. Opponents called it one of the worst boondoggles in Pentagon history. The Marines were eager to put it into service anyway. Then two crashes killed twenty-three Marines. They still refused to abandon the Osprey, even after the Corps' own proud reputation was tarnished by a national scandal over accusations that a commander had ordered subordinates to lie about the aircraft's problems. Based on in-depth research and hundreds of interviews, The Dream Machine recounts the Marines' quarter-century struggle to get the Osprey into combat. Whittle takes the listener from the halls of the Pentagon and Congress to the war zone of Iraq, from the engineer's drafting table to the cockpits of the civilian and Marine pilots who risked their lives flying the Osprey—and sometimes lost them. He reveals the methods, motives, and obsessions of those who designed, sold, bought, flew, and fought for the tiltrotor. These stories, including never-before-published eyewitness accounts of the crashes that made the Osprey notorious, not only chronicle an extraordinary chapter in Marine Corps history but also provide a fascinating look at a machine that could still revolutionize air travel.

Richard Whittle is a global fellow at the Woodrow Wilson International Center for Scholars and Alfred V. Verville fellow at the National Air and Space Museum in Washington, DC. A contributor to Air & Space Smithsonian and other publications, Whittle covered the Pentagon and other Washington beats for the Dallas Morning News for twenty-two years. Earlier in his career, he covered defense and foreign policy for Congressional Quarterly magazine and was an editor at National Public Radio. He has been an interview guest on The Daily Show With Jon Stewart, C-SPAN, and NPR.