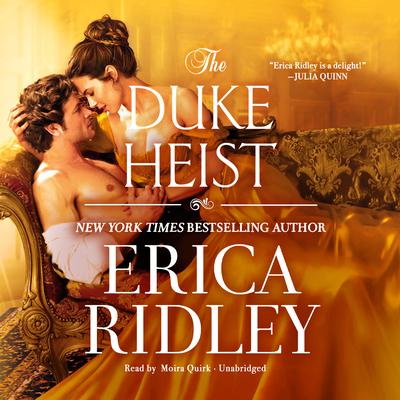 The start of a new Regency series features a woman looking to recover a stolen painting accidentally kidnaps a duke instead.

Chloe Wynchester is completely forgettable — a curse that gives her the ability to blend into any crowd. When the only father she’s ever known makes a dying wish for his adopted family of orphans to recover a missing painting, she is the first one whom her siblings turn to for stealing it back. No one expects that in doing so, she will also abduct a handsome duke.

Lawrence Gosling, the Duke of Faircliffe, is tortured by his father’s mistakes. To repair his estate’s ruined reputation, he must wed a highborn heiress. Yet when he finds himself in a carriage being driven hell-for-leather down the cobblestone streets of London by a beautiful woman who refuses to heed his commands, he fears his heart is hers. But how can he sacrifice his family’s legacy to follow true love?

“Irresistible romance and a family of delightful scoundrels.” —Eloisa James, author of My Last Duchess