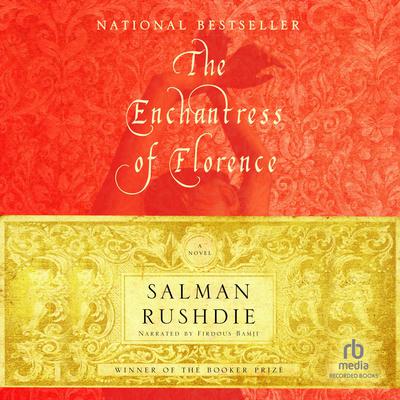 The Enchantress of Florence

Salman Rushdie is one of the world's most revered literary masters, with a Booker Prize and two Whitbread Awards among his accolades. His unique brand of magic realism is particularly effective in The Enchantress of Florence, the story of a European traveler and the extraordinary tale he shares with 16th-century Mughal emperor Akbar the Great. The traveler claims to be the son of a Mughal princess forgotten by time. If his tale is true, what happened to the princess?

Salman Rushdie is the author of a collection of short stories, a collection of essays, and fourteen novels, including Midnight's Children, which won the Booker Prize and the Best of the Booker. He has also published four works of nonfiction and coedited two anthologies. He is a member of the American Academy of Arts and Letters and a Distinguished Writer in Residence at New York University. A former president of PEN American Center, hewas knighted in 2007 for services to literature.