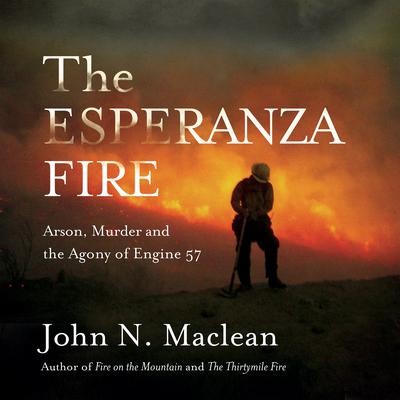 The Esperanza Fire: Arson, Murder and the Agony of Engine 57

The Esperanza Fire started October 26, 2006, in the San Jacinto Mountains above the Banning Pass near Cabazon, California. It destroyed 41,000 acres and dozens of homes and cost the taxpayers $16 million dollars. But by far the highest costs of the conflagration were the lives of the five-man crew of Engine 57, the first engine crew ever killed fighting a wildland blaze. Fire and superheated gases had erupted in a freak “area ignition,” sending flames racing across three-quarters of a mile in mere seconds, engulfing the crew and the house they were defending. The deadly blaze was quickly determined to be no accident. Within a week, serial arsonist Raymond Lee Oyler was arrested and charged with almost two dozen counts of arson—and five counts of first degree murder. The Esperanza Fire recounts with drama and precision the gripping details of the fire and of Oyler's precedent-shattering trial and its stunning conclusion. John Maclean spent more than five years researching the Esperanza Fire and covering the trial of Raymond Oyler. The result is a thrilling, moment-to-moment insider's chronicle of that devastating and tragic inferno and the pursuit, capture, and prosecution of the man who intentionally set it.

“Maclean is a fine storyteller…He writes a chiseled prose that does justice to the action.” —Washington Post

John Norman Maclean, a longtime Washington journalist and prizewinning author, has published several books on wildland fire, including one about the 2006 Esperanza Fire in Southern California. In order to provide an accurate account of what firefighters go through, he has spent over a decade working with them, taking their training classes, and listening to their personal stories, calling it the best job he’s ever had. He resigned from the Chicago Tribune in 1995, after thirty years of working as a reporter and editor, to write Fire on the Mountain, a critically acclaimed account of the 1994 fire on Storm King Mountain in Colorado, which took the lives of fourteen firefighters. The book, a national bestseller, received the Mountains and Plains Booksellers Award for the best nonfiction book of 1999. A History Channel documentary based on Fire on the Mountain won the Cine Master’s Award for Excellence as the best documentary of 2003.