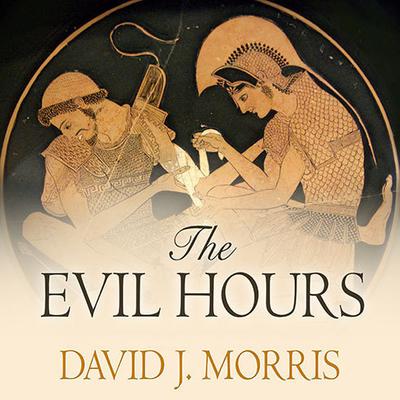 The Evil Hours: A Biography of Post-traumatic Stress Disorder

Just as polio loomed over the 1950s and AIDS stalked the 1980s and 1990s, post-traumatic stress disorder haunts us in the early years of the twenty-first century. Over a decade into the United States' "global war on terror," PTSD afflicts as many as 30 percent of the conflict's veterans. But the disorder's reach extends far beyond the armed forces. In total, some twenty-seven million Americans are believed to be PTSD survivors. Yet to many of us, the disorder remains shrouded in mystery, secrecy, and shame. Now David J. Morris—a war correspondent, former Marine, and PTSD sufferer himself—presents the essential account of this illness. Through interviews with individuals living with PTSD, forays into the scientific, literary, and cultural history of the illness, and memoir, Morris crafts a moving work that will speak not only to those with the condition and to their loved ones but also to all of us struggling to make sense of an anxious and uncertain time.

An eye-opening investigation of war's casualties. —Kirkus
“The Evil Hours: A Biography of Post-Traumatic Stress Disorder is an engaging exploration of, and a timely resource on, the affliction first known in modern times as shell shock. David J. Morris, a former marine who covered the Iraq war until he was involved in an explosion, uses his own experiences, literary accounts of war, and interviews with veterans, rape survivors and psychiatrists to weave a fascinating and well-researched narrative about psychological trauma and the American treatment of it.” —Chicago Tribune
“Morris has found himself in a position to help us think about PTSD with much more complexity than we’re accustomed to, and in so doing The Evil Hours takes an important and timely place in our culture.” —Minneapolis Star Tribune
“David Morris, a war journalist and former Marine officer, delivers a compassionate, approachable examination of post-traumatic stress in The Evil Hours…It is a book that already has cut a wide swath in the world of military veterans and others.” —Oregonian
“A lucid etiology…Well-integrated autobiographical elements make this remarkable work highly instructive and readable.” —Publishers Weekly, starred review
“David J. Morris invites us into his own heart of darkness in order to deliver an unflinching and compassionate study of post-traumatic stress disorder. This is far more than a biography of a psychological condition, or a memoir of one individual, it is also a cogent analysis of an ever increasing phenomenon that has changed the landscape of our culture. If one has any hope of coming to grips with what shapes America every day, The Evil Hours is a must read.” —Alice Sebold, author of The Lovely Bones
“An exploration of the enduring human cost of war…An eye-opening investigation of war’s casualties.” —Kirkus Reviews

David J. Morris is a former Marine infantry officer and war correspondent. His work has appeared in the New Yorker, Slate, the Daily Beast, and Best American Nonrequired Reading. In 2008 he was awarded a creative writing fellowship from the National Endowment for the Arts.