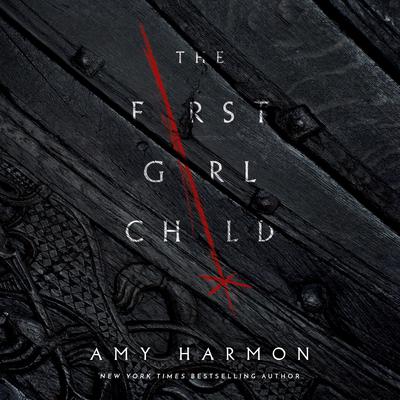 From the New York Times bestselling author comes a breathtaking fantasy of a cursed kingdom, warring clans, and unexpected salvation.

Bayr of Saylok, bastard son of a powerful and jealous chieftain, is haunted by the curse once leveled by his dying mother. Bartered, abandoned, and rarely loved, she plagued the land with her words: From this day forward, there will be no daughters in Saylok.

Raised among the Keepers at Temple Hill, Bayr is gifted with inhuman strength. But he’s also blessed with an all-too-human heart that beats with one purpose: to protect Alba, the first girl child born in nearly two decades and the salvation for a country at risk.

Now the fate of Saylok lies with Alba and Bayr, whose bond grows deeper with every whisper of coming chaos. Charged with battling the enemies of their people, both within and without, Bayr is fueled further by the love of a girl who has defied the scourge of Saylok.

What Bayr and Alba don’t know is that they each threaten the king, a greedy man who built his throne on lies, murder, and betrayal. There is only one way to defend their land from the corruption that has overtaken it. By breaking the curse, they could defeat the king…but they could also destroy themselves.

Utterly brilliant. A sprawling tale of love and magic, of leadership and the sacrifice that comes with it. I cannot recommend this book enough. —bestselling author Staci Hart
The First Girl Child is a unique and lovely read set in a world that is both familiar and strange. Rich, fast-paced, and romantic, this book will thoroughly satisfy fantasy readers craving a story with meat on its bones. It’s going on my shelf next to Robin Hobb and Patricia McKillip. —Jared Garrett, bestselling author of Lakhoni
“By far, my favorite book of 2019. Addictive, engrossing, completely unputdownable. Amy Harmon’s The First Girl Child needs to be at the top of everyone’s reading list. —Penny Reid, New York Times bestselling author
“I was mesmerized…I barely took a breath.” —Katy Regnery, New York Times bestselling author, on From Sand and Ash

Amy Harmon is a USA Today and New York Times bestselling author. She knew at an early age that writing was something she wanted to do, and she divided her time between writing songs and stories as she grew. She has written several novels.