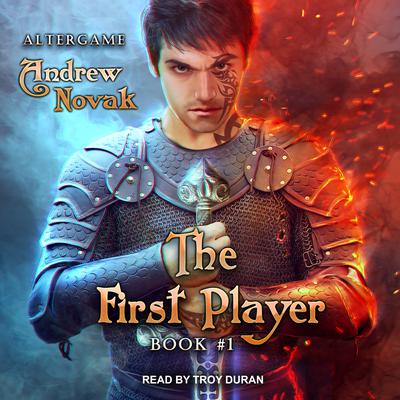 This is Alterra, where you can be the master of your own castle . . . or a field hand on a farm. And this is Jack, who wants to make his way to a different continent, hidden in the virtual mist. And this is an ancient quest line, buried under new versions of the game.

Jack's goal: create his own guild. Buy a ship. And set off on the Great Journey. The journey of his life. The dangerous Gravediggers are not the only ones opposing him. Necromancers from sinister Nightmare, elite alpha-citizens, and relic hunters are only a small fraction of the enemies that the First Player will have to face.

In the perilous Wasteland, the drifter Jack finds an abandoned truck, where an old-world game console is hidden. This moment marks the beginning of Jack's path to the lost continent, hidden in the virtual depths of the colossal Alterra. He still isn't aware of the enemies standing in his way. Not only are the guild of Gravediggers and the sinister necromancers of Nightmare against him, but also the secret masters of the game world themselves. The discoveries of ancient quest lines, long buried under new versions of the game, give Jack access to the Dark Service. This is a special branch of character development, which is no longer available in the modern version of the game.

Andrew Novak was one of the original creators of S.T.A.L.K.E.R.—a postapocalyptic computer game inspired by the Chernobyl disaster—as well as the sci-fi series of the same name. His S.T.A.L.K.E.R. books have sold over a million copies. Andrew lives high in the Bulgarian mountains, where he continues working on new books.