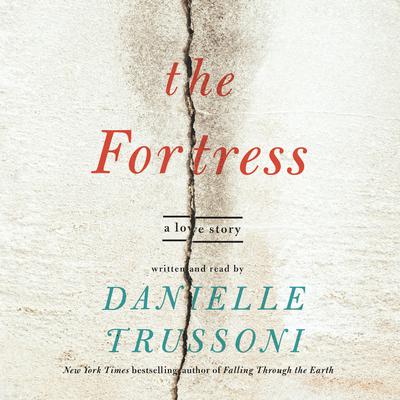 The Fortress: A Love Story

A BookPage Top Pick for October 2016

The critically acclaimed, New York Times bestselling author of Falling Through the Earth and Angelology returns with this much-anticipated memoir of love and transformation in the South of France. The Fortress is A Year in Provence meets Eat, Pray, Love by way of The Shining, a riveting account of one woman’s journey to the other side of the romantic fairy tale.

From their first meeting, writer Danielle Trussoni is spellbound by a brilliant, mysterious novelist from Bulgaria. The two share a love of music and books and travel, passions that intensify their whirlwind romance. Within months, they are married and embark upon an adventurous life together.

Eight years later, their marriage in trouble, Trussoni  and her husband move to the South of France, hoping to save their relationship. They discover Aubais (pronounced obey, as in love, honor and . . . Aubais), a picturesque medieval village in the Languedoc, where they buy a thirteenth-century stone fortress. Aubais is a Mediterranean paradise of sun, sea, and vineyards, but they soon learn the fortress’s secret history of subterranean chambers, Knights Templar, hidden treasure, Nazis, and ghosts. During her years in Aubais, Trussoni’s marriage unravels with terrifying consequences, and she comes to understand that love is never the way we imagine it to be.

Trussoni’s time in France brings hard-won wisdom about authenticity, commitment, and family. Through her search for true happiness, Danielle Trussoni finds the strength to overcome her illusions and start again.

Unflinching and bold, The Fortress is one woman’s struggle to understand the complexities of her own heart. Trussoni’s long-awaited return to memoir is a tour de force that changes the conversation about desire and freedom.

“A page-turner and a profound meditation on the nature of desire and freedom in the modern age.” —Cheryl Strayed, #1 New York Times bestselling author
“With vivid eloquence and wrenching honesty, The Fortress lays bare one of the great mysteries of modern life: the secret emotional world of a failing marriage.” —Lev Grossman, #1 New York Times bestselling author
“A brave and wrenching memoir…I dare you to put this book down once you read the opening page.” —Julie Metz, New York Times bestselling author
"[A] riveting account of a marriage that unravels in dramatic and often terrifying ways…forcing Trussoni to confront her own illusions about the nature of love and family.” —BookPage
“[The Fortress] is a powerful story, and Trussoni has the fortitude and judgment to do it justice.” —Publishers Weekly
“A memoir that reads like a fairy tale…entertaining.” —Kirkus Reviews

Danielle Trussoni is the New York Times bestselling author of the supernatural thriller Angelology, among other books. She writers the horror column for the New York Times Book Review and has served as a jurist for the Pulitzer Prize in Fiction. She holds an MFA degree in fiction from the prestigious Iowa Writers’ Workshop, where she won the Michener-Copernicus Society of America award. Her books have been translated into over thirty languages.