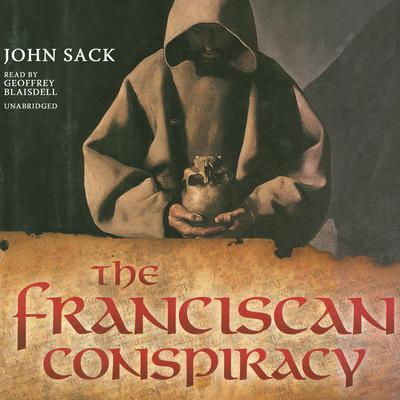 Seven hundred years ago Church officials hid the body of St. Francis from the world. What secret went with Francis of Assisi to his grave?

The Franciscan Conspiracy is set against the chaotic backdrop of thirteenth-century Italy, a time when the extreme poverty of religious zealots clashed with the burgeoning prosperity of merchants, the monastic orders, and high church officials.Father Leo, closest companion of their Order's founder, refuses to take his secrets with him to the grave.In a cryptic farewell message, he launches the young hermit Conrad into a labyrinth whose every passage confronts his deepest fears. Along with a single companion, sixteen-year-old Sister Amata, Conrad sets out to make sense of the bizarre and puzzling events that followed Francis of Assisi's death in 1226. This quest will lead to a truth that will shake the faith of the masses to the core and bring into question the foundation of the Franciscan Order.

This multilayered, intricately plotted mystery is a provocative tale.

“Narrator Geoffrey Blaisdell reads with passion and vigor, delivering Sack’s often complex prose with ease. Blaisdell’s performance has a certain sense of theatrics. His narration is strong and commanding, and listeners will be captivated by his smooth delivery. A truly remarkable story and an equally remarkable performance.” —AudioFile

John Sack has a BA in English from Yale University and an MA in Creative Writing from the University of Washington. The Franciscan Conspiracy is his first adult novel, although he has previously published computer textbooks and a young adult novel. He currently lives in Southern Oregon.