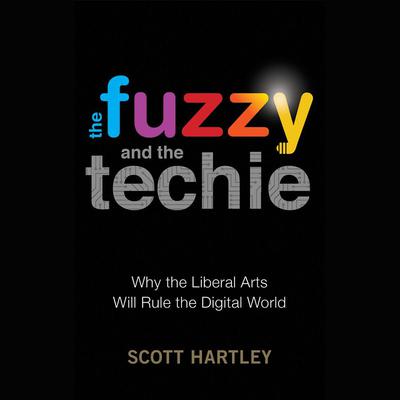 The Fuzzy and the Techie: Why the Liberal Arts Will Rule the Digital World

Financial Times Pick for Book of the Month

A finalist for the 2016 Financial Times/McKinsey Bracken Bower Prize

Scott Hartley first heard the terms fuzzy and techie while studying political science at Stanford University. If you majored in the humanities or social sciences, you were a fuzzy. If you majored in the computer sciences, you were a techie. This informal division has quietly found its way into a default assumption that has misled the business world for decades: that it's the techies who drive innovation.

But in this brilliantly contrarian book, Hartley reveals the counterintuitive reality of business today: it's actually the fuzzies - not the techies - who are playing the key roles in developing the most creative and successful new business ideas. They are often the ones who understand the life issues that need solving and offer the best approaches for doing so. It is they who are bringing context to code, and ethics to algorithms.They also bring the management and communication skills, the soft skills that are so vital to spurring growth.

Hartley looks inside some of today's most dynamic new companies, reveals breakthrough fuzzy-techie collaborations, and explores how such collaborations are at the center of innovation in business, education, and government, and why liberal arts are still relevant in our techie world.

“A bouncy read by the venture capitalist that suggests sociology and philosophy graduates might be the real winners of the robot revolution…According to Hartley, change is already under way, with many successful start-ups in the tech industry now being established by fuzzies.” —Financial Times
“This terrific book clearly articulates the importance of the liberal arts in our technocentric world, a view I have long supported. In the end, technology is about making the lives of humans better, and, as the author argues, it is the humanities and social sciences that teach us about the human condition and how it might be improved. A delightful read!” —John Hennessy, president emeritus, Stanford University
“As Scott Hartley brilliantly illustrates, a ‘fuzzy-tech’ partnership is a prerequisite—not just as a guide for governments and businesses in meeting existential challenges but also as a foundation for emerging leaders; they, not machines, will be the keys to solving the greatest problems of the new century.” —Daniel W. Christman, Lieutenant General (Ret.) 55th Superintendent, US Military Academy, West Point
“Scott Merriman’s narration adds an assertive edge to this big-picture audiobook about what kind of people will be needed for today’s technology to truly serve mankind. His clear phrasing and strong vocal tone will appeal to listeners.” —AudioFile

Scott Hartley is a venture capitalist and start-up advisor. He has served as a Presidential Innovation Fellow at the White House, a partner at Mohr Davidow Ventures, and a venture partner at Metamorphic Ventures. Prior to venture capital, he worked at Google, Facebook, and Harvard’s Berkman Center for Internet & Society. He is a contributing author to the MIT Press book Shopping for Good and has written for publications such as Inc., Foreign Policy, Forbes, and the Boston Review. He has been a speaker at dozens of international entrepreneurship events with the World Bank, MIT, Google, and the US State Department’s Global Innovation in Science and Technology (GIST) program. He holds an MBA and an MA from Columbia University and a BA from Stanford University. He is a term member at the Council on Foreign Relations.