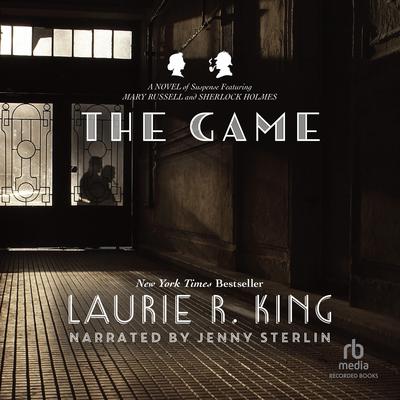 The Game: A novel of suspense featuring Mary Russell and Sherlock Holmes

It's only the second day of 1924, but Mary Russell and her husband, Sherlock Holmes, find themselves embroiled in intrigue. It starts with a New Year's visit from Holmes's brother Mycroft, who comes bearing a strange package containing the papers of an English spy named Kimball O'Hara-the same Kimball known to the world through Kipling's famed Kim. Inexplicably, O'Hara withdrew from the "Great Game" of espionage and now he has just as inexplicably disappeared. When Russell discovers Holmes's own secret friendship with the spy, she knows the die is cast: she will accompany her husband to India to search for the missing operative. But Russell soon learns that in this faraway and exotic land, it's often impossible to tell friend from foe-and that some games aren't played for fun but for the highest stakes of all.life and death.

“Excellent...King cleverly uses her own erudition to set up the action...The Game distills the essence of the decline of the British Raj into one extremely exciting volume.” —Chicago Tribune
“Audacious...Mary Russell is never less than fascinating company.” —Los Angeles Times
“King’s talent for historical research shines extraordinarily bright...A feast fit for a raja, The Game is an engrossing tale told by a master storyteller.” —Santa Cruz Sentinel
“As dry, sparkling, and delightful as good champagne.” —Washington Times
“May well be the best King has yet devised for her strong willed heroine...the sights, smells, and ideas of India make interesting, evocative reading...All readers will appreciate the grace and intelligence of King’s writing in this exotic masala of a book.” —Publishers Weekly (starred review)
“Splendid fun, perhaps the rippingest of all of Russell’s ripping tales.” —Seattle Times
“A rousing adventure story made credible by the sheer force of its characters’ personalities and the sharply realized details of their surroundings. Good historical fiction is as close as we’ll ever get to time travel, and historical fiction doesn’t get any better than this.” —Denver Post
“Imaginative...dazzling. Lush, colorful, and utterly compelling, this is a superbly wrought novel of suspense that evokes its period with enviable panache.” —Detroit Free Press
“A wonderously taut mystery, ticking away like a malevolent clock...Fabulous reading, breathless excitement, and the myriad pleasures of watching great minds at work.” —Booklist (starred review)
“This is King’s seventh Russell Holmes book, and they keep getting better. Mary and Holmes come alive in the hands of a master storyteller, and King uses the country as a character just as surely as the many eccentric individuals who move effortlessly across the pages. From American heiresses to British officers to bored and jaded Indian royalty, each character shines as brightly as a gem from the crown jewels.” —RT Book Reviews (4½ stars, Top Pick!)
“The hint of gravel in [Jenny] Sterlin’s crisp English voice perfectly matches Mary Russell’s bristly, independent narrative voice...In addition, [she] has fun with a range of Indian accents from prince to beggar. And her pacing is superb; it enlivens the text without dominating it.” —AudioFile
“A sure bet for mystery lovers and historical fiction fans.” —School Library Journal
“Delightful...Riveting from start to finish.” —Library Journal
“A briskly paced story that is steeped in history, literature, and an original take on well-known characters...A tightly woven, action-packed plot...A fresh continuing of a character who has transcended generations.” —Fort Lauderdale Sun-Sentinel