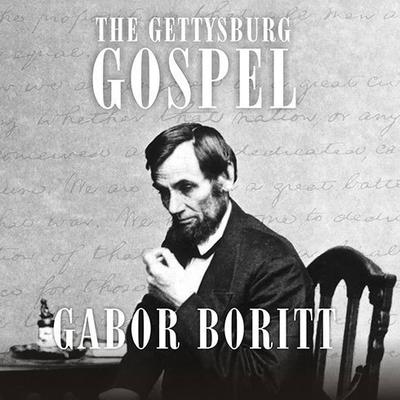 The Gettysburg Gospel: The Lincoln Speech that Nobody Knows

The literature of the Gettysburg Address tends to fall into one of two extremes. At one end are those books that maintain that Lincoln wrote his speech hastily, even on a scrap of paper on the train en route from Washington to Gettysburg. In this version, Lincoln delivered his remarks to an uncomprehending public, which applauded politely, failing to appreciate his genius. Many of the books that argue this point of view are out of print today, but the myths and legends live on. At the other end of the spectrum are those books that argue that Lincoln's remarks were written with great care and that they altered the course of the Civil War, even of the country. This point of view exalts the Gettysburg Address at the expense of the Emancipation Proclamation, which had been made public eleven months earlier. Gabor Boritt, a Lincoln and Civil War scholar who teaches at Gettysburg College and lives in an old farmhouse adjacent to the battlefield, says that Lincoln's remarks were written rapidly, though not at the last minute, and they received attention, though not nearly so much attention as the lengthy remarks of the featured speaker, Edward Everett. But Lincoln's address was largely forgotten for decades afterward. It had no effect on the Civil War and played no role in American history until the twentieth century. Boritt narrates the events of November 19, 1863, as well as the events preceding and following the dedication of the soldiers' cemetery, which was the occasion for Lincoln's remarks. He describes the conditions in Gettysburg in the aftermath of the battle—the stench of rotting corpses of horses and mules filling the air, wounded soldiers occupying hospitals and houses everywhere, and the damage done to roads and houses that were still being repaired when the cemetery was dedicated. He describes Lincoln's arrival by train, the cheering crowds that applauded the president that night before the ceremony, and the events of the great day itself, as well as the immediate aftermath of the ceremonies as the town tried to return to its pre-battle life. Boritt's vivid narrative is filled with colorful, little-known details. It re-creates the events, but it also assesses the significance of Lincoln's remarks and places them in their proper historical context as no book has before, showing how the remarks that were quickly forgotten took on a new life decades later and became the most famous speech in American history.

Gabor Boritt is director of the Civil War Institute and the Fluhrer Professor of Civil War Studies at Gettysburg College in Gettysburg, Pennsylvania. He is author, coauthor, or editor of seventeen books on Abraham Lincoln and the Civil War, including All for the Regiment: The Army of the Ohio, 1861–1862, and his work has been translated into five languages. Chair of the Board of Trustees of the Lincoln Prize and advisory board cochair for the Gilder Lehrman Institute of American History, he also serves on the boards of the Abraham Lincoln Bicentennial Commission and the Gettysburg Foundation. He has appeared on NBC, CNN, C-SPAN, Arts and Entertainment, and the History Channel, as well as in cameo roles in the films Gettysburg and Gods and Generals, to both of which he also served as historical adviser.