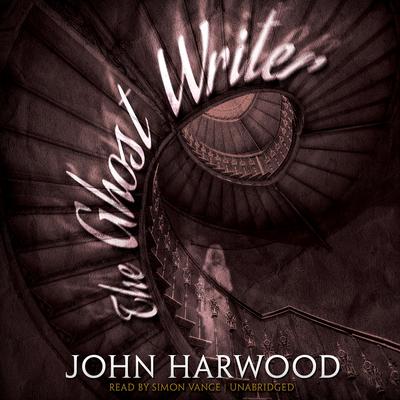 In this tantalizing tale of Victorian ghost stories and family secrets, timid, solitary librarian Gerard Freeman lives for just two things: his elusive pen pal Alice and a story he found hidden in his mother's drawer years ago. Written by his great-grandmother Viola, it hints at his mother's role in a sinister crime. As he discovers more of Viola's chilling tales, he realizes that they might hold the key to finding Alice and unveiling his family's mystery—or will they bring about his untimely death, as they seem to foretell?

“Does [Alice] have some connection to Gerard’s creepy, semi-insane mom? And to those Victorian horror tales that Gerard keeps stumbling across? What’s she hiding, anyway? The answers are yes, yes, and wait and see…It’s like A. S. Byatt’s Possession. But without all that distracting poetry.” —Time
“With all these literary revenants hovering about, The Ghost Writer manages to evoke, as not enough contemporary horror does, both the confident past and the more anguished present of the genre, and even to suggest, slyly, that although the illustrious tradition of the genteel British ghost story remains with us, we need to be very, very careful about disturbing its rest.” —New York Times
“Intricate and engrossing. Harwood raises the ghost of the Victorian ghost story. One ghoulishly absorbing read.” —Entertainment Weekly
“The Ghost Writer is a grand Victorian tale in which Gerard becomes increasingly certain something wicked his way comes.” —New York Daily News
“[Harwood’s] novel is an homage, a Victorian ghost story that honors the likes of Dickens and Henry James…A smart, stylish, and mesmerizing book.” —Washington Post Book World
“You can’t help being dazzled by Harwood’s inventiveness, especially his sure-footed mastery of prose style. [An] entertainingly accomplished first novel.” —San Jose Mercury News
“An elegant homage to the Victorian ghost story tradition. Like Dickens’ The Pickwick Papers, Harwood makes your flesh creep.” —Times (London)
“Spooky and gripping, a chilling tale sure to make your spine shiver on even the hottest summer day.” —Milwaukee Journal Sentinel
“A rousing good ghost story, with many twists and turns, rather like taking apart a Russian matryoshka nesting doll…Turn on all the lights in the house when you settle down with this one, and plan to spend a long time reading because you will be lost in the story immediately.” —Amazon.com, editorial review
“A compelling ghost story and an auspicious debut.” —Denver Post
“The Ghost Writer is a first-class creeper, a literary ghost story in the Victorian tradition.” —Boston Globe
“As a mystery, The Ghost Writer is irresistible, pushing all the genre’s gothic buttons and casting a convincingly Dickensian pall.” —Guardian (London)
“A fabulous, very spooky ghost story in the classic mode that will remind some people of A. S. Byatt’s Possession.” —Talk of the Nation
“By the last page, all loose ends have been tied up, but the uncanny still clings to everything.” —Salon
“An exceptionally inventive first novel.” —Weekend Australian
“Sly nods to spooky literary spinsters—James’ Miss Jessel, Dickens’ Miss Havisham—set the tone for this confident debut.” —Publishers Weekly
“Harwood’s debut is a haunting literary gothic, a slow-building suspense thriller…Lyrical, labyrinthine…An atmospheric paranormal thriller with many surprises.” —Booklist
“Compelling…Harwood’s well-drawn characters and Gothic plot propel the reader toward the novel’s denouement. Including the text of Viola’s stories adds to the surreal drama, as they serve as untrustworthy flashbacks and help blur the line between fantasy and reality. Strongly recommended.” —Library Journal
“Compulsively readable. A wonderful debut, evoking a century’s worth of family history, by a multitalented and artistically ambidextrous newcomer.” —Kirkus Reviews (starred review)
“With The Ghost Writer, Harwood has concocted a page-turning ghost story that has literary critics—rarely fans of the supernatural genre—heaping accolades and sleeping with the lights on. Harwood, a retired English professor, resides in Australia where he’s published several books of literary history. Perhaps this accounts for his masterful grasp of Victorian story-telling techniques.” —Bookmarks

John Harwood is the author of several novels of gothic suspense, including The Séance, which won the Aurealis Award for best horror novel, and The Ghost Writer, which won the International Horror Guild’s Best First Novel Award. Aside from fiction, his published work includes biography, poetry, and literary history.