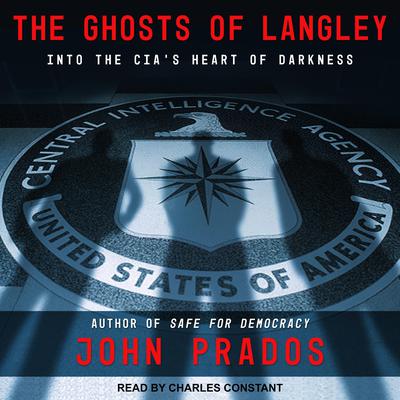 The Ghosts of Langley: Into the CIA's Heart of Darkness

During his first visit to Langley, the CIA's Virginia headquarters, President Donald Trump told those gathered, "I am so behind you . . . there's nobody I respect more," hinting that he was going to put more CIA operations officers into the field so the CIA could smite its enemies ever more forcefully. But while Trump was making these promises, behind the scenes the CIA was still reeling from blowback from the very tactics that Trump touted—including secret overseas prisons and torture—that it had resorted to a decade earlier during President George W. Bush's war on terror. Under the latest regime it seemed that the CIA was doomed to repeat its past failures rather than put its house in order.

The Ghosts of Langley is a provocative and panoramic new history of the Central Intelligence Agency that relates the agency's current predicament to its founding and earlier years, telling the story of the agency through the eyes of key figures in CIA history, including some of its most troubling covert actions around the world. It reveals how the agency, over seven decades, has resisted government accountability, going rogue in a series of highly questionable ventures that reach their apotheosis with the secret overseas prisons and torture programs of the war on terror.

John Prados, who knows more than anyone else about the CIA, has written a book that summarizes four decades of his research and relates a tale that is always gripping, often dismaying, frequently infuriating, and suddenly more timely than ever. —H.W. Brands, New York Times bestselling author of The First American