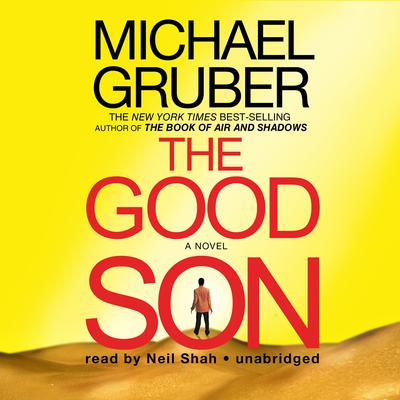 The Good Son: A Novel

Somewhere in Pakistan, Sonia Laghari and eight fellow members of a symposium on peace are being held captive by armed terrorists. Laghari, a deeply religious woman as well as a Jungian psychologist, has become the de facto leader of the kidnapped group. While her son, Theo, an ex-Delta soldier, uses his military connections to find and free the victims, Sonia Laghari tries to keep them all alive by working her way into the kidnappers’ psyches and interpreting their dreams. With her knowledge of their language, her familiarity with their religion, and her Jungian training, she confounds her captors with her insights and beliefs. When the kidnappers decide to kill their captives one by one in retaliation for perceived crimes against their country, Theo races against the clock to try and save their lives.

Combining masterful storytelling with a deeply thoughtful and provocative attention to the truth in all its permutations, The Good Son is a stellar achievement that expands the thriller genre into something wholly new and unexpected. This is a taut, multilayered, riveting novel of suspense.

“Gruber leaves his own mark on the thriller scene.” —New York Times
“Gruber’s seventh novel, The Good Son, is perhaps his most ambitious…[he] serves up a slam-bang ending that involves a nuclear weapon, a gun battle, a plot to blow up Saudi oil terminals and many surprises.” —Washington Post
“Superb…The brilliant character development and labyrinthine plot line, not to mention the absorbing history of modern jihadism and the US war on terrorism, make this a provocative thriller that readers won’t soon forget.” —Publishers Weekly (starred review)
“Gruber has established an enviable reputation as a writer who both challenges readers’ minds and stirs up their blood. His latest high-stakes thriller—good from start to finish—will enhance this reputation…There are many surprises in this excellent thriller, including its ability to inform. It should appeal broadly to lovers of spy stories and action novels in general.” —Library Journal
“Is there anything Gruber can’t write about?…one of many pleasures in The Good Son is the way Gruber confounds simple explanations…there are twists and tension aplenty—ideas, too. If only governments were half as interested in the psychology of violence, maybe war itself might become a work of fiction.” —Booklist (starred review)
“Gruber...weaves the threads together masterfully while successfully exploring themes of family, duty, loyalty, cultural identity and more, without ever slowing the momentum. Smart, tense and vastly entertaining.” —Kirkus Reviews

Michael Gruber, a former marine biologist, restaurant cook, federal government official, and political speechwriter, traveled a fascinating path toward his latest occupation as the bestselling author of critically acclaimed thrillers such as The Book of Air and Shadows.