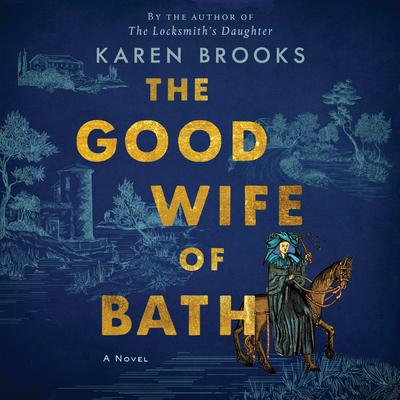 The Good Wife of Bath: A Novel

A provocative, immersive medieval novel starring one of literature’s most unforgettable characters in her own words—Chaucer’s bold and libidinous Wife of Bath.

“So damned readable and fun…This is the story of a woman fighting for her rights; it breaches the walls of history.”--The Australian

In the middle ages, a famous poet told a story that mocked a strong woman. It became a literary classic. But what if the woman in question had a chance to tell her own version?

England, 1364: When married off at aged twelve to an elderly farmer, brazen redheaded Eleanor quickly realizes it won’t matter what she says or does, God is not on her side—or any poor woman’s for that matter. But then again, Eleanor was born under the joint signs of Venus and Mars, making her both a lover and a fighter.

Aided by a head for business (and a surprisingly kind husband), Eleanor manages to turn her first marriage into success, and she rises through society from a cast-off farm girl to a woman of fortune who becomes a trusted friend of the social-climbing poet Geoffrey Chaucer. But more marriages follow—some happy, some not—several pilgrimages, many lovers, murder, mayhem, and many turns of fortune’s wheel as Eleanor pursues the one thing that all women want: control of their own lives.

“Readable and fun…This is the story of a woman fighting for her rights; it breaches the walls of history.” —The Australian
“Chaucer’s infamous Wife of Bath gets the opportunity to tell her story in this lively audiobook…with high spirits and theatrical verve…Never mind that the original tale takes place in the fourteenth century—Burgoyne’s performance blends the colorful language of that time with an accessible narration more reminiscent of our time…Fascinating and transporting. Winner of the AudioFile Earphones Award.” —AudioFile

Karen Brooks, the author of nine novels, is an academic, a newspaper columnist, and social commentator, who has appeared regularly on national television and radio. She has a PhD in English and cultural studies. Before turning to academia, she was an army officer and dabbled in acting.