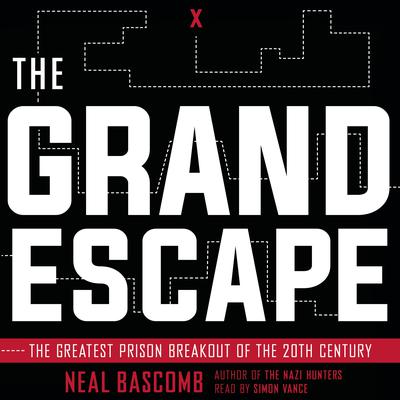 The Grand Escape: The Greatest Prison Breakout of the 20th Century

Neal Bascomb, author of The Nazi Hunters, returns with his next thrilling work of narrative nonfiction about a group of Allied POWs who staged an escape for the ages during World War I. Published on the 100th anniversary of the Holzminden escape! At the height of World War I, as battles raged in the trenches and in the air, another struggle for survival was being waged in the most notorious POW camp in all of Germany: Holzminden. A landlocked Alcatraz of sorts, it was home to the most troublesome Allied prisoners—and the most talented at escape. The Grand Escape tells the remarkable tale of a band of pilots who pulled off an ingenious plan and made it out of enemy territory in the biggest breakout of WWI, inspiring their countrymen in the darkest hours of the war.

Neal Bascomb has published a number of international and national bestsellers, including Higher, The Perfect Mile, Red Mutiny, and Hunting Eichmann. His books have been optioned for film, featured in several documentaries, and translated into ten languages. He has also written for the New York Times, Wall Street Journal, and Los Angeles Times.